At Euro 2020, some of the world’s most famous footballers will compete. Cristiano Ronaldo, Paul Pogba, Kylian Mbappe, and Kevin De Bruyne are among the players who will compete for their respective countries.

Some players, however, may not be able to demonstrate their talent or replicate their club’s form at Euro 2020.

We take a look at five superstars who may not have a big tournament impact.

Manchester City were in fantastic form during the 2020-21 season, but Raheem Sterling had a quiet year for his club.

Sterling is one of England’s most experienced players ahead of the Euro 2020 tournament. For Manchester City, he made 28 Premier League starts, scoring 10 goals and assisting on seven occasions. This season, the 26-year-old delivered some understated performances. It will undoubtedly cause concern for England manager Gareth Southgate as the team prepares for Euro 2020.

Sterling has 61 England caps and 14 goals to his name. He will almost certainly start for England at Euro 2020, but given the Three Lions’ attacking talent, a few shaky performances could see him dropped.

Ciro Immobile, one of the best strikers in Serie A, has had a poor impact outside of Italy, to say the least.

Despite the fact that his spells with Borussia Dortmund and Sevilla did not go as planned, Immobile is Lazio’s most important player. The 31-year-old, who is expected to lead Italy’s attack at Euro 2020, has 150 goals in just 219 Lazio appearances.

Immobile will have to start well at Euro 2020, with Torino’s Andrea Belotti the other number nine in Italy’s squad. He has 45 caps for the national team and 12 goals to his credit.

Portugal is a strong contender for Euro 2020. Because of their depth and strength, they may not even start talented forward Joao Felix.

Felix joined Atletico Madrid from Benfica in 2019 for a club-record fee of £114.5 million, but his performances for the La Liga giants have been inconsistent. There are concerns that Felix is not suited to Diego Simeone’s style of play at Atletico Madrid.

The 21-year-old has 16 caps for Portugal and three goals to his name. Felix may have to make do with a bench role for Portugal at Euro 2020, with players like Diogo Jota, Andre Silva, and Goncalo Guedes vying for attacking spots.

Eden Hazard was regarded as one of the best wingers in the world during his time with Chelsea, but his move to Real Madrid has not gone as planned.

Hazard joined Real Madrid for £103.5 million in 2019 after seven years with Chelsea, where he won seven trophies. However, the 30-year-old has been plagued by injuries since his arrival and has only made a handful of appearances for Real Madrid due to fitness concerns.

The Belgian international will be hoping to make an impression for his country at Euro 2020, but given his recent form, this appears unlikely. Hazard may be outshined at Euro 2020 by the likes of Romelu Lukaku and Kevin De Bruyne, who are in fine form.

Putting Robert Lewandowski on this list is by no means a criticism of his talent or quality. He is arguably the best player in the world at the moment.

However, there are concerns about Poland’s Euro 2020 squad. In the Premier League, Mateusz Klich, Jan Bednarek, and Lukasz Fabianski have all had successful seasons. However, with Spain, Sweden, and Slovakia in their Euro 2020 group, Paulo Sousa’s side will have their work cut out for them.

Lewandowski will be under a lot of pressure to perform well at Euro 2020. The 32-year-old has 118 Poland caps after scoring 41 goals in just 28 Bundesliga appearances for Bayern Munich. He has 66 international goals to his name.

James has been released from Colombia’s Copa America squad 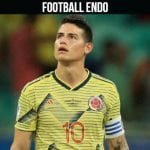 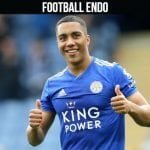