Algeria will face Equatorial Guinea at the Stade omnisport de Douala stadium in Douala, Cameroon, on January 16, 2022 at 19:00 UTC. The match is part of Group E of the Africa Cup of Nations.

This is the first match between two nations.

Algeria’s AFCON opener against Sierra Leone, which finished 0-0 on Tuesday, left them dissatisfied.

On a day when Djamel Belmadi’s team accomplished everything except score, they were forced to settle for a share of the spoils at the final whistle.

While the Fennec Foxes would have like to win, they have now gone 27 games without losing in the course of two years.

Equatorial Guinea was defeated 1-0 by the Elephants of Ivory Coast in a friendly match on Wednesday.

With a fifth-minute goal, Max Gradel gave his team the perfect start, and Juan Micha’s men hunted an equaliser for the rest of the game.

Nzalang Nacional have had a less-than-ideal start to the group stage, and it is now critical that they avoid defeat on Sunday in order to have a shot on the final matchday.

As a consequence of what he witnessed against Ivory Coast, we anticipate head coach Juan Micha to choose an unchanged starting lineup.

Emilio Nsue, the team’s record goalscorer and captain, had a quiet day in front of goal last time out, but he remains his country’s most deadly weapon and one to watch.

Algeria was inefficient in attack against Sierra Leone, which might prompt Belmadi to change his front line.

Youcef Belaili battled through a knock in the first half to play the entire 90 minutes in the last match, but he might be benched for this one. 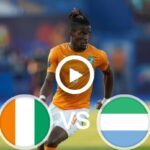 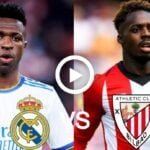