Algeria will face Sierra Leone at the Stade omnisport de Douala stadium in Douala, Cameroon, on January 11, 2022 at 13:00 UTC. The match is part of Group E of the Africa Cup of Nations.

Steven Caulker received permission to switch his international allegiance to Sierra Leone lately, and the defender is expected to make his debut on Tuesday.

Umaru Bangura, who has a national team record of 52 appearances, will have to lead by example, as he is flanked by a few of inexperienced players.

Baghdad Bounedjah scored four goals in the qualifications, and the Al-Sadd striker will be hoping to keep his scoring streak going.

Yacine Brahimi starred for Algeria in the Arab Cup in the absence of key European players, but the 31-year-old is anticipated to be benched for this match. 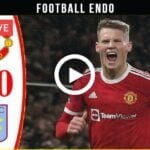 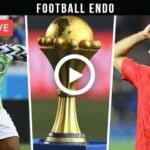