The Angola XI for this encounter is unlikely to include many surprises, with the lineup likely to be similar to the one that played Gabon last month.

Indeed, Mario Balburdia, 19, is expected to join Zini in the final third, with Show, Herenilson, Carlinhos, and Lepua forming the midfield four.

In the defensive positions, the Angolan squad lacks experience, but Jonathan Buatu has 22 appearances for his country and should return to the starting lineup at right-back.

In terms of Egypt, all eyes will be on Mohamed Salah, who has had a fantastic season with Liverpool so far, and will be looking to add to his 45 international goals.

On Friday, Arsenal’s Mohamed Elneny will start for the visitors, while Galatasaray’s Mostafa Mohamed is expected to play in the final third of the field.

Ahmed Hegazi played for West Bromwich Albion in England before transferring to Saudi Arabia, and the 30-year-old will play in the centre of the defence for Queiroz’s team. 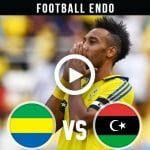 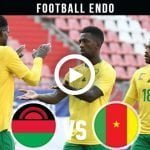