Armenia is going head to head with Germany starting on 14 Nov 2021 at 17:00 UTC . The match is a part of the World Cup Qualification, UEFA Group J.

Chelsea’s Kai Havertz was suspended for the 9-0 thrashing but is also suffering from a minor thigh problem, while Marc-Andre ter Stegen watched from the stands last time out and will be hoping to beat Manuel Neuer to the starting spot this time.

Matthias Ginter, Florian Neuhaus, and Kevin Volland are among those who could return to the starting lineup, with Antonio Rudiger set to miss out due to suspension, but Wirtz and Nico ruled out due to injuries.

Sargis Adamyan, Eduard Spertsyan, Varazdat Haroyan, and Taron Voskanyan all missed Armenia’s setback to North Macedonia and will be welcomed back this week.

Haroyan should return to the hosts’ backline, while Adamyan of Hoffenheim has a good chance of leading the line against some of his Bundesliga colleagues.

As Henrikh Mkhitaryan takes his place on the left flank, veteran midfielder Artak Grigoryan might be restored to the middle of the park. 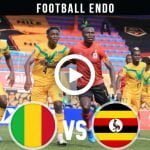 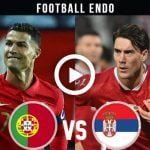