Martin Odegaard is ready to join Arsenal on a permanent basis after the Gunners completed a deal with Real Madrid worth roughly £30 million to transfer the Norwegian playmaker to London.

Arsenal and Real Madrid have been in talks for some time, but the arrival of new manager Carlo Ancelotti and the failure to agree on a fee have complicated things.

However, recent reports suggest that a deal is on the cards, with Marca, a highly reputable Spanish newspaper, reporting yesterday that both clubs were ironing out minor details before making an official announcement.

Arsenal had been connected with Leicester’s James Maddison and Barcelona’s Phillipe Coutinho, but the Gunners management had their sights set on Odegaard, who spent the second half of last season on loan at Arsenal.

What has been said ?

Fabrizio Romano, a football transfer analyst, provided the data in a tweet, saying:

“Martin Odegaard to Arsenal, here we go, and the transaction is done!” Real Madrid has made a permanent move for a little less than €40 million. On a five-year contract, personal terms have already been agreed upon.

Since June, Edu and Arteta have made Odegaard their primary goal; their method was correct… and now we’re done.”

Arsenal fans have reacted positively to the news, since they have been yearning for a quality player to replace the creative gap created by Mesut Ozil’s departure.

Odegaard burst onto the spotlight in 2014, making his debut for Norwegian club Stromsgodset at the age of 15, before signing with Real Madrid in 2015, where he struggled for playing time.

The 22-year-old was loaned out to Heerenveen, Vitesse, Real Sociedad, and Arsenal in order to acquire consistent playing experience.

What to expect from him

His presence could provide a spark for Arsenal’s misfiring attackers, who have failed to make an impact since the Gunners were humiliated 2-0 by Brentford on the Premier League’s opening day.

Martin Odegaard is said to have come to terms on a five-year contract with Arsenal, where he will be hoping for a steady run of games to help him realise his potential and live up to the high expectations placed on him when he originally emerged as one of Europe’s most promising prospects.

After completing his media responsibilities, Martin Odegaard left London Colney training field roughly 30 minutes ago. He is expected to play against Chelsea for Arsenal. The midfielder is double vaccinated.

Arteta is looking for a creative midfielder – Odegaard, Aouar, Maddison 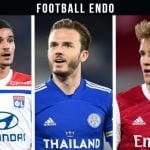 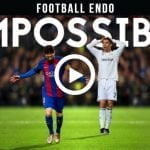