Starting on January 23, 2022 at 14:00 UTC, Arsenal will face Burnley at Emirates Venue stadium in London, England. The match is a Premier League encounter.

Another day, another Arsenal red card, this time to a man who had only recently returned to England before being forced to walk the walk of shame, as Thomas Partey’s dismissal capped off a dreadful Thursday evening for Mikel Arteta’s side.

Despite welcome numerous big-hitters back from injury and coronavirus, Arsenal’s EFL Cup aspirations came to an end in the last four, when Diogo Jota scored both sides of the break for Liverpool, putting the Reds in the final against Chelsea in February.

It’s now top four or bust for Arsenal, whose plea to postpone the North London derby last weekend was approved despite significant criticism from rival fans and analysts.

Many Arsenal supporters pointed out that Burnley’s wave of postponed matches did not spark the same outrage as the North London derby postponement, as Dyche’s team had their relegation six-pointer with Watford put off owing to a long list of absentees.

Burnley, who have already played six less games than Chelsea, the league’s busiest team with 23, head to the Emirates with a ray of hope of clambering to safety amid calls for rule revisions from the under-fire Premier League about the criteria for postponements.

The Clarets haven’t played since being knocked out of the FA Cup by Huddersfield Town on January 8 – their third straight defeat in all competitions.

Arteta’s midfield issue is worsening, with Partey and Granit Xhaka – who has been sent off twice against Burnley – suspended, and Mohamed Elneny and Nicolas Pepe away at the Africa Cup of Nations.

Despite having “totally healthy” heart checks, Pierre-Emerick Aubameyang may not be risked just yet, and Arteta also has injuries to Calum Chambers, Cedric Soares, and Bernd Leno to contend with.

With Arteta hesitant to throw 18-year-old Charlie Patino into the deep end, Martin Odegaard will likely be called upon to play a deeper position alongside Albert Sambi Lokonga.

Some of the impacted crop will undoubtedly hope to play this weekend, but Connor Roberts and Ashley Barnes are both expected to miss out due to injury, and Maxwel Cornet is still serving in the AFCON.

Following Wood’s departure, Jay Rodriguez will be tasked with scoring goals, and Aaron Lennon might join the 32-year-old in the final third if Vydra is not yet ready to return. 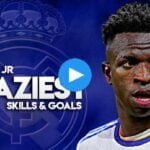 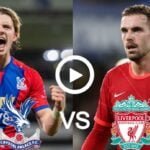