Arsenal’s left defender Due to a left ankle injury, Sead Kolasinac will be out for the rest of the season. Kolasinac suffered the injury while playing for Bosnia and Herzegovina earlier this month.

In the World Cup Qualifiers against Finland, the Arsenal man was caught in a horrific challenge by Jukka Raitala. The Finnish player was sent off, and Kolasinac suffered a major ankle injury as a result.

“During the November international session, Sead suffered a major injury to his left ankle while playing for Bosnia and Herzegovina.” Sead is making good progress in the early stages of his recuperation, with the current goal of returning to full training in January.”

Granit Xhaka aiming to return to full training in December.

Sead Kolasinac back in full training in January. #AFC 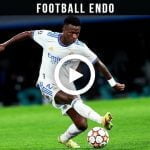 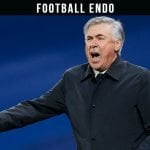 Real Madrid has been offered the chance to sign a former Barcelona player, according to reports