Arsenal manager Mikel Arteta has admitted that his team’s Europa League exit on Thursday was not a one-off occurrence, but rather a continuation of the club’s recent downward spiral.

Mikel Arteta’s side, on the other hand, were unable to deliver, drawing a goalless draw to ensure a trophy-less season for the north London club.

Arsenal’s disappointing exit from the tournament has now been described by Arteta as “not just a casualty,” but as “a trend.” He has assured Arsenal supporters, however, that he will do everything in his power to turn the tide.

“I understand [fans’] concerns because when you are out of the Champions League for five years it is not just a casualty, it’s a trend,”

When asked why the negative trend was continuing, Arsenal manager remained tight-lipped.

“They are things to analyze more internally, I am sorry. We have done that. There are things that we cannot discuss here. I take full responsibility for my part, for sure, since I arrived here what I have tried to do, giving my life, my best ability, investing every drop of energy that I have emotionally to support everything that has been going around with my knowledge, with staff, with all the players that are trying to contribute with all the club to give our best.”

“But so far it has not been enough and this is when the question mark comes: why it is not enough? Is it just a thing? Is it the manager? Is it other stuff? What is it? And then this is football. Last night that ball goes in, we win 1-0. You are in the final and it is a different world. But today that world doesn’t look very nice,” he signed off by saying.

What channel will Real Madrid vs. Sevilla be broadcast on? Details on how to watch the game live, as well as the TV channel, kick-off time, and team news 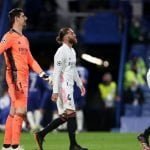 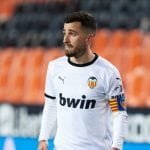 Real Madrid is interested in signing a defender from Spain – Reports