Manchester United will play their fourth friendly game for the 2022-23 season on Saturday with a pre-season friendly against English first-tier club Aston Villa. Ten Hag’s team is preparing for their Premier League start against Brighton on August 7 at home.

When will Aston Villa vs Manchester United be played?

What time will Aston Villa vs Manchester United be played?

The game between Aston Villa vs Manchester United match will kick-off at 11:45 am BST (4:15 pm IST), Saturday.

Where will Aston Villa vs Manchester United be played?

It will be played at the Optus Stadium, Perth.

Scott McTominay was absent from Manchester United’s training session on Wednesday, instead opting for a recovery gym session, putting his place in the team in doubt.
Raphael Varane and James Garner were both on the bench against Palace last time out, and it is unclear if they will play on Saturday.

Varane will not be risked if he is not completely healthy, therefore Victor Lindelof might start alongside Harry Maguire, with Luke Shaw and Diogo Dalot set to fill in at full-back.

If McTominay is unavailable, Donny van de Beek might fill in.

Keinan Davis has been ruled out of the competition due to a hamstring injury, while Jaden Philogene-Bidace and Kortney Hause remain ineligible.

Head coach Gerrard will once again deploy his whole squad on Saturday, although the starting lineup might be similar to the one that entered the field for the first whistle against Brisbane Roar, with Leon Bailey, Danny Ings, Coutinho, and Carlos among those expected to play.

Tyrone Mings might start in the midst of the defense, while Ollie Watkins is expected to play in the last third, with Bertrand Traore perhaps falling to the bench.

Georgina Rodriguez The Secret Of A Very Happy Cristiano Ronaldo 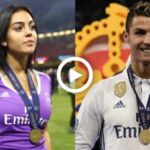 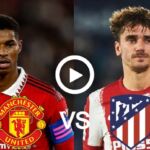