RONALDO OMGGGGGGG WHAT A GOALpic.twitter.com/7PJSySujgn

Atalanta is going head to head with Manchester United starting on 2 Nov 2021 at 20:00 UTC at Gewiss Stadium stadium, Bergamo city, Italy. The match is a part of the UEFA Champions League, Group F.

Due to the absence of Jose Palomino due to a thigh injury, Matteo Lovato could return to the starting lineup in a back three, with midfielder Marten de Roon pressed into service in a defensive role.

Duvan Zapata should start at the apex of the attack, with Pasalic and Josip Ilicic in the deeper zones, however Luis Muriel and Ruslan Malinovskyi are also vying for starts in a 3-4-3 configuration.

Man United, on the other hand, will be missing Victor Lindelof due to an injury, but Paul Pogba is available for selection because his suspension is just for domestic games.

There’s a good chance Solskjaer will remain with the same 3-5-2 system that worked so well for Spurs, but at least two alterations are probable ahead of the Manchester derby, with Cavani possibly being safeguarded ahead of his debut on Saturday.

Meanwhile, with Lindelof out, Luke Shaw might fill in as one of the three centre-backs, allowing Alex Telles to play at wing-back.

Rashford scored against Spurs after coming off the bench, and he might join Ronaldo in the attack. 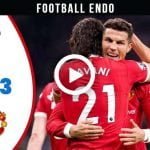 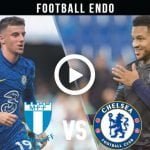