Atlético Mineiro is going head to head with Santos starting on 13 Oct 2021 at 22:00 UTC at Governador Magalhaes Pinto stadium, Belo Horizonte city, Brazil. The match is a part of the Brasileiro Serie A.

Costa returned from injury with a bang at the weekend, scoring a goal that will make Cuca’s decision on who should lead the line between him and Hulk tough.

Atletico Mineiro will still be without Eduardo Vargas and Mariano due to injury, but after a solid showing last weekend, an unchanged lineup could be picked.

Several players will be absent owing to international commitments, with Alan Franco, Junior Alonso, and Guilherme Arana all being called up to represent their respective countries.

Kaiky Melo, Luiz Felipe, and Robson are all out for the visitors, which is only adding to their anguish.

Santos, on the other hand, were able to welcome back Madson at the weekend when he came off the bench during the game in an attempt to regain match sharpness. 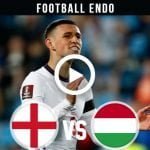