Azerbaijan is going head to head with Ireland starting on 9 Oct 2021 at 16:00 UTC at Baki Olimpiya Stadionu stadium, Baku city, Azerbaijan. The match is a part of the World Cup Qual. UEFA Group A.

De Biasi went from a back four to a back five for Azerbaijan’s match against Portugal last time out, though the hosts are anticipated to go back to a four-man defence this weekend.

Emin Mahmudov, who scored against Ireland last month, will join central midfielders Gara Garayev and Toral Bayramov in the middle of the pitch.

Ramil Sheydayev, who has seven goals to his name and is only two goals away from being Azerbaijan’s joint-second all-time goalscorer, has started on the bench in all five qualifiers so far and will be trying to break into the starting XI on Saturday.

With 19-year-old centre-back Andrew Omobamidele poised to be granted his third cap alongside seasoned duo Duffy and John Egan in the back three, Kenny is set to stay with the 3-4-1-2 configuration that has been used throughout their qualification campaign.

Gavin Bazunu, a goalkeeper on loan from Manchester City, excelled during the international break last month and is set to keep his spot between the posts.

Due to the injury to Seamus Coleman, Matt Doherty is expected to start at right wing-back, with Enda Stevens or James McClean on the opposite flank.

In central midfield, Jeff Hendrick might win his 65th cap with Conor Hourihane, while up attack, Callum Robinson will be joined by two of James Collins, Troy Parrott, or Adam Idah. 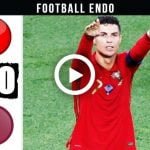 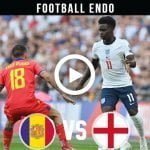