The race to be crowned the best men’s player of 2021 is between Lionel Messi and Robert Lewandowski, with Karim Benzema the third favourite.

Lionel Messi was the most recent winner of the Ballon d’Or Award. In 2019, he received the prestigious accolade a total of six times.

France Football has issued a 30-man shortlist for the 2021 honours, which will be handed to the best player in the world in Paris on Monday. 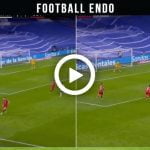 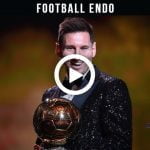