Barcelona is going head to head with Deportivo Alavés starting on 30 Oct 2021 at 19:00 UTC at Camp Nou stadium, Barcelona city, Spain. The match is a part of the LaLiga.

The Catalan side would not want to take any chances, especially with players like Fati, Pedri, and Dembele, so it would not be surprising if all three were left out once more.

The roster should be identical to the one that faced Rayo, but there are anticipated to be some changes, with Yusuf Demir and Gavi vying for spots in the starting XI, and Sergi Roberto perhaps moving to midfield, allowing Sergino Dest to return to right back.

Fernando Pacheco had to be substituted by Alaves against Elche owing to an injury he sustained late in the game, but the goalie is expected to recover in time for this match.

The visitors have no additional injury concerns, and it would not be surprising if the majority of the starting XI from the previous match returns.

Calleja, on the other hand, may decide to make changes in a couple of positions, with Toni Moya maybe moving to midfield and Manu Garcia taking over at number ten. 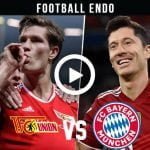 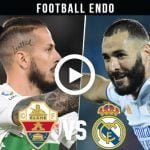