Barcelona is going head to head with SL Benfica starting on 23 Nov 2021 at 20:00 UTC at Camp Nou stadium, Barcelona city, Spain. The match is a part of the UEFA Champions League, Group E.

In the derby against Espanyol, Barcelona were dealt a triple injury scare with Nico Gonzalez, Oscar Mingueza, and Sergio Busquets, but Xavi is sure that none of them sustained any major injuries.

He also denied claims that Sergio Aguero had decided to retire owing to heart difficulties, but the Argentine is still out of the running, along with Martin Braithwaite, Pedri, and Fati, with Dembele still a possibility.

Sergino Dest has returned to full training, and Ronald Araujo’s return to fitness might put Eric Garcia’s position at the back in jeopardy, while Yusuf Demir and Philippe Coutinho will also seek to unseat Ilias Akhomach after his unexpected start at the weekend.

Valentino Lazaro and Andre Almeida have recovered from recent injuries for Benfica, but Lucas Verissimo is still out with a knee injury.

Joao Mario has been out with a back injury and has only recently returned to training, while Nemanja Radonjic was taken off after 51 minutes of Friday’s triumph and is expected to miss out.

Roman Yaremchuk and Pizzi could both return to the starting XI for this match, with Odysseas Vlachodimos resuming his goalkeeping duties. 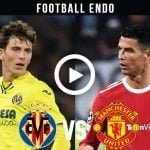 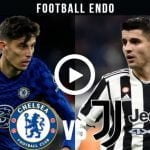