Barcelona is going head to head with Espanyol starting on 20 Nov 2021 at 20:00 UTC at Camp Nou stadium, Barcelona city, Spain. The match is a part of the LaLiga.

While we have yet to see how Xavi will set up Barcelona, the Blaugrana have typically used a 4-3-3 system, which he played in prior to and throughout his career, and he will most likely stick with it at first.

He takes over an injured list that includes Ansu Fati, Ousmane Dembele, Martin Braithwaite, and Sergio Aguero, who have all been ruled out of an attack that has struggled since Lionel Messi’s departure in the summer.

Memphis Depay will continue to lead the line in the absence of those players, while Philippe Coutinho and new arrival Luuk de Jong might round out the front three.

Legend Dani Alves is out until January, but midfielder Pedri is close to returning from injury, as are centre-back Gerard Pique and full-back Sergi Roberto, all of whom will be assessed before the game.

Espanyol will almost certainly be without Keidi Bare and Oscar Gil due to injury, but Vicente Moreno is unlikely to face any new problems.

Raul de Tomas will continue to be the focal point of their attack, having scored seven goals in 12 league outings so far this season, earning the former Real Madrid man his first two Spain caps as a result.

Full-back Aleix Vidal, who played 30 times for the Blaugrana between 2015 and 2018, will face his former team. 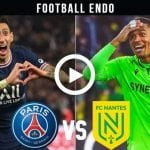 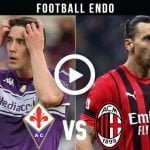