Benfica is going head to head with Bayern Munich starting on 20 Oct 2021 at 19:00 UTC at Estadio do Sport Lisboa e Benfica stadium, Lisbon city, Portugal. The match is a part of the UEFA Champions League, Group E.

wing-back for Benfica Gil Dias was taken off against Trofense before halftime, and his replacement Valentino Lazaro was also forced off due to a muscular injury and will miss this match.

With Jesus back to the winning formula from their spectacular triumph against Barcelona, forward Haris Seferovic is also suffering from a muscular issue. However, he is unlikely to displace Nunez or Roman Yaremchuk in any case.

Lazaro started that match at right-wing back and should now be replaced by Gilberto, but Almeida will aim to make an impression after his goal at the weekend.

Meanwhile, Bayern Munich has been dealt an injury worry with Alphonso Davies, who was forced off with 40 minutes remaining against Leverkusen owing to thigh pain.

As Davies has been ruled out of the competition, Lucas Hernandez might be moved to the left-hand side, with the Frenchman set to play this weekend despite having until October 28 to voluntarily start a six-month sentence.

On the other hand, Benjamin Pavard is expected to return from suspension to assume his due spot at right-back, and Nagelsmann should be unsurprised after being able to rest several key players against Leverkusen.

However, because Leon Goretzka is out with a cold, Marcel Sabitzer might start in the middle alongside Joshua Kimmich. 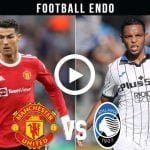 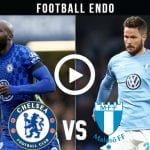