Besiktas is going head to head with Sporting Lisbon starting on 19 Oct 2021 at 16:45 UTC at Vodafone Park stadium, Istanbul city, Turkey. The match is a part of the UEFA Champions League, Group C.

While the injury list that ravaged Besiktas’ squad for the loss to Ajax has eased a little, numerous first-team players will be missing on Tuesday.

The Black Eagles are scheduled to be without Miralem Pjanic, Mehmet Topal, and Georges-Kevin Nkoudou, who welcomed last season’s top scorer Cyle Larin back to the bench on Friday. Larin scored 19 goals last season but has not scored in six club appearances since August.

Atiba Hutchinson, a compatriot of Larin’s, is expected to join Souza in central midfield, while Frenchman Valentin Rosier, who joined Besiktas on a permanent basis from Sporting in the summer after a loan last season, will play right fullback.

In the meantime, the visitors haven’t played in a league match in almost a fortnight, so international and cup commitments aside, they should be in good shape for the journey to Turkey.

On Friday, Ruben Amorim made a number of changes as his club faced lowly opposition, but established talents like Pedro Porro, PSG loanee Pablo Sarabia, and Joao Palhinha will return to the starting lineup on Tuesday.

Captain Sebastian Coates has returned from South America to play in Sporting’s defence, but much-loved forward Pedro Goncalves, who scored 23 goals in his club’s run to the 2020-21 national title, is still recovering from a knee injury and has been ruled out. 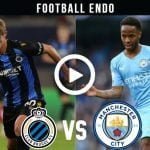 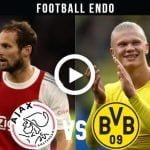