Borussia Dortmund have reportedly set a staggering £154m asking price for Erling Haaland this summer as they look to thwart off attempts to sign their star striker.

The Norwegian forward has been sensational since arriving at Dortmund from RB Salzburg last January, scoring 49 goals in as many games, including 10 in six Champions League matches this season.

With Dortmund struggling to qualify for next season’s Champions League, they might be forced to part ways with Haaland based on financial reasons. With that in mind, the likes of Manchester United, City, Chelsea, Real Madrid and Barcelona are all on red alert.

However, ESPN report that Dortmund have set a premium of £154m for the 20-year-old, a year before a £65m release clause kicks in.

The report details that the expensive price-tag, which would be a Premier League record transfer if he moved to England, is designed to ward off Europe’s biggest clubs. It is a similar stance taken with Jadon Sancho and Manchester United’s pursuit of him last summer.

Dortmund believe that the asking price should result in Haaland staying at the club for at least another year.

Nevertheless, Man City are seen as the favorites in terms of being able to match Dortmund’s asking price.

Three players who could leave Chelsea this summer 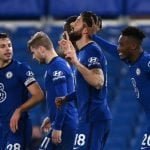 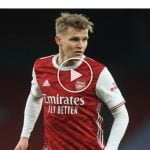 Video: Odegaard reveals which players he spoke to about Arsenal move