Brazil is going head to head with Paraguay starting on 2 Feb 2022 at 00:30 UTC at Governador Magalhaes Pinto stadium, Belo Horizonte city, Brazil. The match is a part of the World Cup Qualification, CONMEBOL.

In addition to Emerson, Real Madrid’s Eder Militao will be unavailable for this match due to an accumulation of bookings, allowing the centre-back to return to the Bernabeu sooner than expected.

Dani Alves will earn his 121st cap as he prepares to fill in for Emerson at right-back, and if Thiago Silva is rested, Arsenal’s Gabriel Magalhaes might make his debut with Marquinhos.

Despite an early replacement last time out, Matheus Cunha received a rare start in the final third against Ecuador and will likely be replaced by Gabriel Barbosa or Gabriel Jesus, while Philippe Coutinho should be fit to play again.

Gustavo Gomez was sent off with seconds left in the loss to Uruguay and will serve a sentence with Matias Rojas, who has been suspended for accumulating too many bookings.

Gomez is Paraguay’s captain, record appearance maker, and leading goalscorer with four goals in the current team, thus his absence will be felt as David Martinez and Mathias Villasanti prepare to fill in for him and Rojas.

In the final third, Schelotto doesn’t have much to work with as he tries to break his team’s goal drought, but Braian Samudio represents a prospective change out wide. 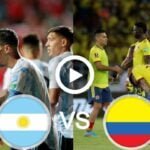 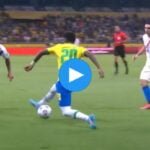