City’s superiority over a Marquinhos-inspired opponent PSG went scoreless in the first half of their match at the Etihad Stadium, and Guardiola’s team had their work cut out for them in the second half, with Kylian Mbappe scoring just minutes after the restart.

Last season’s runners-up, on the other hand, made their pressure pay off when Raheem Sterling and Gabriel Jesus flipped the tie on its head with two quickfire goals to ensure City’s first-place finish in the knockout stages.

The Premier League winners have 12 points from a potential 15 in Group A and can’t be caught by PSG at this moment, and they warmed up for this insignificant match with a 3-1 win against Watford, owing to a great Bernardo Silva performance.

After recuperating from COVID-19, De Bruyne came off the bench in Watford’s triumph and will start here, while Riyad Mahrez and Cole Palmer could start in attack with Gabriel Jesus left at home.

Zack Steffen, Oleksandr Zinchenko, Nathan Ake, and Fernandinho all have a chance to start, and there may be a spot for Zack Steffen between the pipes. 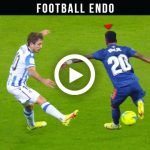 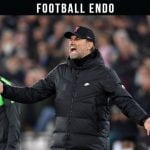