Hayes made only two changes to her lineup for their league encounter against Brighton on Sunday, bringing back Guro Reiten and Drew Spence following their cup victory over West Ham.

In the absence of Australian striker Samantha Kerr, who is on international duty in the Asian Cup, and South Korean midfielder Ji So-Yun, Chelsea are expected to stay with a front three of Fran Kirby, Harder, and Jessie Fleming.

Magdalena Eriksson, the team’s centre-back, has not played since December 16 and will continue to be sidelined due to injury, but Hayes has no fresh injury issues to cope with.

Hawa Cissoko, a defender for West Ham United, was sent off in their London derby against Tottenham Hotspur, although she might return after completing her ban.

Houssein, who joined West Ham on loan from Arsenal earlier this month, will be buoyed by her goal against Chelsea last week, although she will likely start on the bench and come in as an impact substitute.

Following a strong outcome on Sunday, Harder may stick with the same starting lineup, which will line up in a 4-4-2 system with Abbey-Leigh Stringer and Zaneta Wyne manning the midfield. 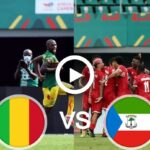 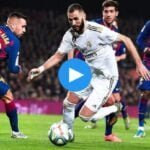