Chile will face Argentina in a match that will begin at 00:15 UTC on January 28, 2022 at Municipal de Calama stadium in Calama, Chile. The match is part of CONMEBOL’s World Cup Qualification.

Cristian Romero of Tottenham Hotspur and Inter Milan’s Joaquin Correa are both out with hamstring injuries and are unable to play.

Due to the absence of Messi and Correa from Scaloni’s 27-man roster, Manchester City transfer target Julian Alvarez might make his national team debut, with Lautaro Martinez and Angel Di Maria two more potential contenders to form a three-man attack.

Rodrigo De Paul, Giovani Lo Celso, and Leandro Paredes all started against Brazil last time out, and the trio could keep their spots, though Guido Rodriguez, Alexis Mac Allister, and Emiliano Buendia – the latter yet to receive his first international cap – will all be vying for a place in the starting XI.

Due to the suspension of crucial midfielder Vidal, Charles Aranguiz, Erick Pulgar, and Claudio Baeza are the three players most likely to start in the middle of the field.

Ben Brereton Diaz of Blackburn Rovers, who has 20 goals for the Championship club this season, will be vying for his 10th international appearance in attack alongside Alexis Sanchez and Eduardo Vargas, who have a combined total of 248 caps.

On Friday, Lasarte may opt for a four-man defence, with Gary Medel and Guillermo Maripan starting at centre-back and Mauricio Isla and Eugenio Mena at full-back. 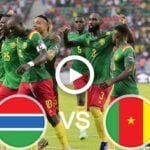