Colombia is going head to head with Ecuador starting on 14 Oct 2021 at 21:00 UTC at Estadio Metropolitano Roberto Melendez stadium, Barranquilla city, Colombia. The match is a part of the World Cup Qualification, CONMEBOL.

Despite failing to score in both of their matches this month, Colombia has a wide range of attacking options, with Radamel Falcao – who started as a lone striker against Brazil – likely to be joined by either Rafael Santos Borre or Atalanta’s Duvan Zapata.

While Davinson Sanchez of Tottenham has been frozen out thus far, he is a contender to return to central defence on Thursday, while Carlos Cuesta’s connection with Yerry Mina has remained unbroken over 180 minutes of football against two good opponents.

Both Jefferson Lerma and Roger Martinez were withdrawn early in the second half at the weekend, so could find their places in jeopardy from the claims of Gustavo Cuellar and Porto midfielder Andres Uribe.

Uribe’s club colleague in Portgual, wing wizard Luis Diaz, has five goals in his last 12 international appearances and will start out on the left flank for Reinaldo Rueda’s side.

Ecuador, meanwhile, usually plays a 3-4-3 formation at home or against teams who appear to be weaker, but converted to a five-man defence away to Uruguay last month and could do so again in Colombia.

The identity of the man in charge of the outfield ten remains a mystery, as Pedro Ortiz and Moises Ramirez have exchanged goalie gloves during this international break, and the more experienced Alexander Dominguez is still available.

Pervis Estupinian and Angelo Preciado are expected to keep their wide positions, while veteran striker Enner Valencia, who has 34 goals in 66 appearances for his country, starts up front. 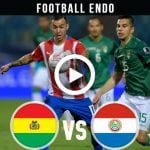 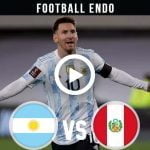