It was a true tragedy for Didier Deschamps not to have Karim Benzema in his generational group of players for the upcoming Euros.

Fortunately, he recognised reason and decided to sit down with the player to settle their differences. Although we’ll never know what they talked about, the manager did say they discussed the upcoming Euros.

Despite what the critics believe, Deschamps confirmed that he called Karim to force him to participate in the tournament.

If France wasn’t already the favourite to win the tournament, one of the best strikers of the last decade gives them a huge boost. This France team may have the most talented group of players we’ve ever seen in a single squad.

Even Zidane’s France didn’t have this many great players on the team. By inviting up to eight forwards to the tournament, Deschamps demonstrates that he has big guns.

Deschamps is relieved to see Benzema back in the lineup.

In an interview on TF1, Deschamps responded to the questions about Benzema’s return:

“I can’t say what we discussed. The most important thing is that he is back and we did speak in order to reach this decision. This is what matters the most. I won’t give any details about the decision. It will stay between the two of us because we needed to talk face to face. I’ve faced complicated situations with other players in the past but I believe France is above anything else, it doesn’t belong to me.

“Having to choose between all these great players is part of what we need to do. Of course I won’t offer any details about it. About Benzema’s role, we can get a wonderful starting eleven with him on the team as we would with other options. There are so many to choose from. I believe everything is easier with quality, intelligence, and talent. I do love attacking players and that’s why we picked eight forwards. There’s a tough group we need to play. We all need to have ambition, be competitive, and give our best. Everybody wants to get far in the tournament and win it.” 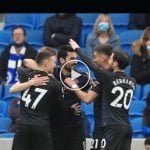 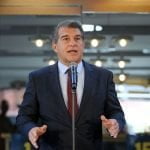