England is going head to head with Hungary starting on 12 Oct 2021 at 18:45 UTC at Wembley Stadium stadium, London city, England. The match is a part of the World Cup Qual. UEFA Group I.

The Three Lions will revert to their strongest lineup in front of their own fans after England boss Southgate kept most of his big-hitters on the bench against Andorra.

Jordan Pickford is expected to take over in goal from Sam Johnstone, while Kyle Walker and Tyrone Mings could return to the backline in lieu of Kieran Trippier and Conor Coady, respectively. Luke Shaw’s future is less definite.

In lieu of the injured Kalvin Phillips, Declan Rice and Jordan Henderson will form the midfield partnership, while Grealish, Harry Kane, Raheem Sterling, and Mason Mount are all expected to return to the final third.

Endre Botka will miss the trip to Wembley owing to suspension, so Adam Lang could fill in after Attila Fiola withdrew due to injury.

Rossi’s team reported no new injury worries following Saturday’s loss, but they may make a tactical adjustment or two after such a disastrous evening, with Szabolcs Schon aiming to retake his rightful spot in the starting lineup over Daniel Salloi.

At Wembley, Laszlo Kleinheisler might be returned to the midfield, while Janos Hahn, who came off the bench last time out, could give a physical presence up top if selected. 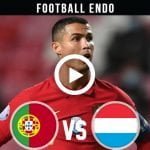 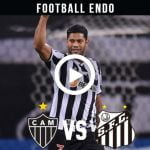