Equatorial Guinea will face Ivory Coast at the Stade omnisport de Douala stadium in Douala, Cameroon, on January 12, 2022 at 19:00 UTC. The match is part of Group E of the Africa Cup of Nations.

Ivory Coast, who had previously competed in eight consecutive AFCON tournaments, wasted no time in winning a place at this year’s championship, scoring 13 of a possible 18 points during the qualifying campaign.

Patrice Beaumelle’s men have fallen far short of expectations in the two editions of the competition since their previous continental triumph in 2015.

Les Elephants have only lost one of their last 12 games, however it was a defeat that cost them a spot in the World Cup qualification playoffs.

Equatorial Guinea was desperate to reach the cut this time after consecutive no-shows in 2017 and 2019, and they did so despite only scoring nine points in the qualifiers.

Since suffering a 3-0 setback against Tunisia in September, the Nzalang Nacional have gone undefeated in their previous five matches.

Three of those matches have ended in shutouts for Juan Micha’s team, but they will be put to the test against a highly dangerous attacking opponent.

Amad Diallo has struggled for playing time this season, so his absence from the 28-man roster was unsurprising.

Sebastien Haller, 27, has scored 22 goals for his team in all competitions this season and is a player to keep an eye on.

Pedro Obiang, the midfielder who scored twice in the qualifications, has not played since August due to myocarditis and will be a major loss for Equatorial Guinea.

Felipe Ovono is one game away from becoming the most capped player in the history of his country, and he has his sights set on that goal. 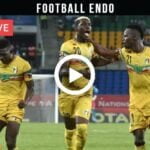 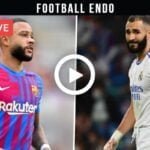