Ethiopia will face Cape Verde on January 9, 2022, at 19:00 UTC at the Olembe Venue stadium in Yaounde, Cameroon. The match is part of Group A of the Africa Cup of Nations.

First Meeting Between These Two Nations.

Amanuel Gebremichael is vying for a starting spot in Ethiopia’s starting XI after his brace last time out, but we expect Getaneh Kebede, the country’s all-time leading striker, to lead the line.

Shimelis Bekele is on pace to make his 70th national team appearance, making him the first player in his country’s history to do so.

Lisandro Semedo has recovered from an ankle injury in time to be named in Cape Verde’s 28-man squad, and he will be looking to make up for lost time.

Ryan Mendes, who was directly involved in half of his team’s six goals throughout the qualifiers, is a player to watch. 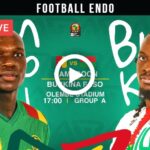 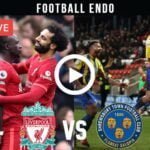