Joan Laporta will not continue with several elements that FC Barcelona still has this season, contrary to popular belief.

His strategy was already set to change, but winning more titles than they did this season would have been a different storey.

Heads will have to roll at the Catalan club after they failed to win anything other than the Copa del Rey.

Last week, as we saw, was critical for Ronald Koeman’s future. The Dutch manager completely choked when it mattered the most, failing to compete for La Liga in a crucial week. Following that, Laporta took notes and met with the Dutch gaffer to discuss the future.

Joan hinted at his possible exit from the club, though we didn’t hear what they talked about. Laporta revealed the start of the decision-making process during a general address to the club’s supporters.

This is what Laporta said about the season that is about to end for Barcelona in a statement obtained by Sport:

“A cycle is about to end as we enter a renovation process. I did mention we would make the proper decisions after looking at the results and the team’s performance. We won the Copa del Rey and we are very proud about that.

“But we got eliminated too soon from the Champions League and we lost La Liga in an unexpected manner. Starting next week, we will make the decisions in order to build a highly competitive squad for next season. Our goal is to win Champions and La Liga titles. When I speak about the end of a cycle and renovations, it’s because that’s what I believe needs to be done.”

Deschamps explains why Benzema was summoned back to France 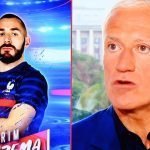 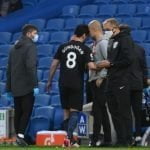