FC Sheriff Tiraspol is going head to head with Real Madrid starting on 24 Nov 2021 at 20:00 UTC at Sheriff Stadium stadium, Tiraspol city, Moldova. The match is a part of the UEFA Champions League, Group D.

Gareth Bale (calf), Dani Ceballos (ankle), and Federico Valverde (knee) are all expected to miss out owing to injuries, while Eden Hazard is a doubt due to illness.

Ancelotti is unlikely to make many changes to his starting lineup, however Eder Militao, who would join Mendy, Dani Carvajal, and David Alaba in the back four, could be recalled ahead of Nacho.

Rodrygo is another player who will be looking to break into the starting XI, although Vinicius and Asensio are expected to stay on the flanks and assist talisman Karim Benzema in attack.

Lovro Bizjak is still out with a foot ailment, while Momo Yansane is questionable with a knock.

Frank Castaneda and Bruno will battle it out for a spot on the left flank, while Adama Traore, who has scored 10 goals in all competitions this season, will play on the right. 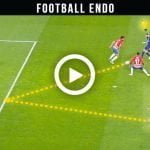 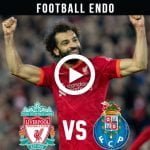