Bruno Fernandes is ecstatic to have been named Sir Matt Busby Player of the Year, and he now wants to help Manchester United win a team trophy.

After a successful first season, Fernandes has cemented his position as a key member of Man United’s squad in the second.

With the Europa League final fast approaching, the former Sporting star can end the season on a high by winning his first trophy at Old Trafford and helping the club win their first trophy in four years.

“It lifts you up, I would never say I don’t want individual trophies, but it’s not more important than a team trophy for me. But it’s always important.

“But more important than that is winning a trophy at the end of the season and this is what it’s about because football is a team sport and for me it’s about winning trophies.” 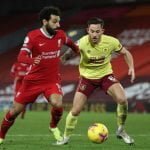 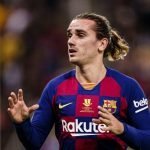