English football’s assembly line has been active for many years, churning out top quality talent who have made their mark in the history of the beautiful game, from Bobby More to Alan Shearer to Wayne Rooney and now Harry Kane.

Phil Foden, a young England international, has been in outstanding form for Manchester City this season, highlighting the quality of young players available to the Three Lions.

Foden, Mason Greenwood, Jude Bellingham, and Bukayo Saka have all performed well at club level this season, while Marcus Rashford and Jadon Sancho have continued to impress at the highest level.

Let’s take a look at five English players who have a chance to win the Ballon d’Or in the future.

Trent Alexander-Arnold, one of the best right-backs in the world right now, has accomplished a lot at such a young age.

The 22-year-old, a product of Liverpool’s academy, debuted for the club in 2016 and has not looked back since. Alexander-Arnold is a highly creative right-back with good passing and crossing ability who possesses a unique skill set that could see him flourish in Liverpool’s midfield as well.

If he maintains his current form, he has a chance to win the prestigious Ballon d’Or award in the future.

At the moment, Harry Kane is arguably the world’s most complete striker. Without Kane’s world-class performances, it’s difficult to imagine where Tottenham Hotspur would have finished this season.

There have been suggestions that the Spurs talisman should leave the London club, which is currently going through a transitional period. This season, the 27-year-old has been in outstanding form. He has consistently been one of the best players in the English Premier League, despite Tottenham Hotspur’s inconsistency.

Harry Kane has been a standout performer for both Tottenham Hotspur and England. His contributions to both his club and his country make him a strong contender for the Ballon d’Or.

Marcus Rashford’s impact on and off the field for England has been incredible.

Rashford, a prodigious talent, made his Manchester United debut in 2015 under Louis van Gaal. Since then, the 23-year-old has been a constant presence in Manchester United’s starting lineup, with his blistering pace and dribbling ability causing havoc for opposing defences.

In 33 Premier League appearances, the England international has ten goals and eight assists to his name. His activism and philanthropy have been widely praised off the field.

Jadon Sancho’s move to Borussia Dortmund paved the way for young England footballers looking for game time to look beyond their home country.

Sancho joined Borussia Dortmund for £7 million from Manchester City in 2017, and has proven to be a wise investment by the Bundesliga club. Sancho’s performances have ensured that the Bundesliga giants profit handsomely if he decides to leave.

Since his arrival, the 21-year-old has been one of Borussia Dortmund’s most important players. He is a creative forward with good technical qualities. This season, the England international has made 23 Bundesliga appearances, scoring six goals and assisting on nine occasions.

Pep Guardiola’s hesitation to use the young Phil Foden during his first few seasons as Manchester City manager drew a lot of criticism.

Phil Foden, on the other hand, has developed into one of the best young players in the world, currently playing for arguably Europe’s best club team. Guardiola has played a crucial role in Foden’s development, and his cautious use of the midfielder now appears to have paid off.

Foden has seven goals and five assists in 25 Premier League appearances. The England international has also played a key role in Manchester City’s Champions League campaign, and he is putting himself in contention to win the Ballon d’Or in the future. 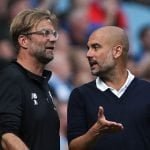