Flamengo is going head to head with Juventude starting on 13 Oct 2021 at 22:00 UTC at Estádio do Maracanã stadium, Rio de Janeiro city, Brazil. The match is a part of the Brasileiro Serie A.

Elton is out for the rest of the season with a major knee injury for Juventude, but the visitors are otherwise in great shape heading into the game.

Coach Santos will be happy with his team’s performance against America Mineiro last time out, therefore the same starting lineup could be used.

Ricardo Bueno is expected to lead the line, with Marcos Vinicios and Paulinho Boia in support, while Jadson and Guilherme Castilho are expected to play in midfield alongside Dawhan.

David Luiz, Diego, Gustavo Henrique, and Giorgian de Arrascaeta are all out due to injury, while Mauricio Isla, Gabriel Barbosa, and Everton Ribeiro are all out on international duty.

However, the home side did not sustain any new injuries in their win against Fortaleza, and it is likely that the same starting lineup will be used.

Last time out, Michael scored a brace and should start on the left flank, with Pedro, who also scored against Fortaleza, heading the attack. 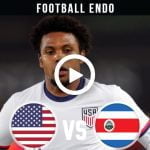