After joining Liverpool in September 2020, the Portugal international just celebrated one year as a Red.

Since joining from Wolves, the 24-year-old has had a great debut season, scoring 13 goals in 30 appearances.

However, because to Coronavirus restrictions, Jota was unable to enjoy his outstanding exploits in front of a sold-out Anfield crowd.

Following a modest relaxation of restrictions in December, 2,000 fans returned to watch Liverpool beat Jota’s former club 4-0, while 10,000 watched them beat Crystal Palace on the final day of the season.

However, the attacker came in as a late substitute in both league games, denying him the opportunity to enjoy the legendary Anfield atmosphere as a starting home player.

Jota, on the other hand, has wowed a crowded Kop this season, scoring in the Reds’ first home game, a 2-0 win over Burnley in August, with Liverpool attracting 50,000-plus fans in all five home games thus far.

‘I remember how difficult it was to play against Liverpool at Anfield,’ Jota told the Liverpool Echo.

‘Last season, I wasn’t able to play as much at Anfield with the supporters cheering us on inside a packed stadium as I am this season.’

‘It’s almost as if I’m playing for a different club than last season since we couldn’t get that kind of support, and I believe our fans are crucial to our success.’

Jota has also scored at Norwich City and Brentford this season, putting him ahead of Brazilian Roberto Firmino and putting his name beside Mohamed Salah and Sadio Mane on Jurgen Klopp’s team sheet.

He added of Liverpool’s frontline, “They are world-class players, and I am really glad to be able to play with them and get results with them.”

‘I think we’re still working on our on-field connections, and I think we can become better at it, but that comes with game experience and playing various opponents.’

‘But, if we do the right things, as a front four, together with Bobby Firmino, we should be able to score a lot of goals this season.’

As Maddison continues to struggle, Arsenal’s £30 million transfer masterstroke is paying off 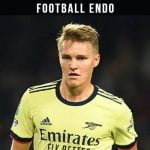 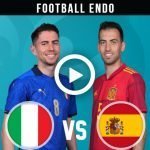