The Gambia will face Cameroon on 29 January 2022 at 16:00 UTC at the Olembe Venue stadium in Yaounde, Cameroon. The match is part of the Knockout stage of the Africa Cup of Nations.

Gambia will be missing Yusupha Njie, who plays for Boavista in the Portuguese Primeira Liga, after the 28-year-old attacker was given his marching orders in the encounter against Guinea last time out.

Ablie Jallow, the Metz attacker who walked off the pitch just after the hour mark in the aforementioned encounter due to injury, is a significant worry for the Scorpions, meaning Ebrima Colley might push for a return to the starting XI.

The 25-year-old defender Noah Sonko Sundberg missed the game against Guinea last Thursday after suffering a minor injury against Tunisia, and his participation is also in question.

Barrow, who scored the game-winning goal against the Syli Nationale, has been involved in all four of Gambia’s goals so far, and the Bologna man will be one to watch.

So far, Aboubakar has been on fire for Cameroon, scoring six goals in four appearances, and we anticipate the 30-year-old attacker to lead the Senegal attack once again.

With that in mind, we predict a similar lineup to that of the last game, with Ekambi, Andre Zambo Anguissa, Martin Hongla, and Nicolas Moumie Ngamaleu all beginning in the middle. 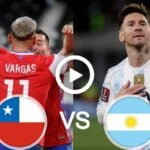 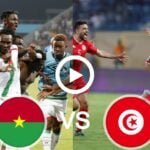