Greece will have to work around two bans for this match, with Pantelis Chatzidiakos receiving a red card against Sweden and captain Anastasios Bakasetas receiving his second booking of qualification.

With Dinos Mavropanos ruled out of November’s games, Van ‘t Schip may resort to Dimitris Goutas, an uncapped centre-back who has already scored four goals in the Super Lig this season.

While Bakasetas serves his suspension, Petros Mantalos is expected to fill in in the hole, while Kostas Tsimikas could be called upon as an emergency centre-back in the hosts’ back three.

Meanwhile, Torres has been sidelined for Spain due to a metatarsal injury received at the Nations League Finals, and the Manchester City striker is one of numerous forwards watching from home, including Ansu Fati, Gerard Moreno, Yeremi Pino, and Mikel Oyarzabal.

As Enrique works with a concerning list of absentees, Eric Garcia has also been forced to withdraw due to injury, but Alvaro Morata is back fit and ready to lead the line, with Pablo Sarabia and Dani Olmo providing support.

With Garcia out of the picture, Pau Torres and Aymeric Laporte should form a defensive partnership, while Unai Simon is anticipated to beat David de Gea to the starting goalkeeper spot. 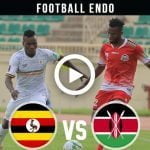