That’s right, Mikel Arteta is still only 39 years old and yet coaches one of the greatest English clubs in Arsenal.

The Spaniard began his career as a youth player at Barcelona. A successful loan spell at Paris Saint-Germain gave him his first taste of first-team football before Arteta joined Scottish club Rangers in 2002.

Arteta made a positive impact in his two seasons in Glasgow and won the Scottish Premiership and League Cup in his first season alone.

After a brief return to hometown club Real Sociedad, he joined Everton in 2005 and established himself as one of the Premier League’s best midfielders. Therefore, Arsenal came calling six years later in a €12m transfer.

Arteta proved to be a key cog in the Gunners midfield, making 150 appearances and helping to end the club’s nine-year trophy drought. He soon became captain and retired in 2016 as a two-time FA Cup and Community Shield winner.

After hanging up his boots, Arteta transitioned into coaching by becoming Pep Guardiola’s assistant at Manchester City before returning to Arsenal in December 2019 to replace Unai Emery as the club’s new manager.

The 39-year-old has already led the Gunners to FA Cup and Community Shield glory and is now gunning to end their 27-year wait for European success by winning the Europa League. 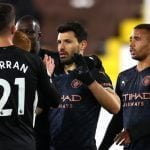 Three players who could leave Chelsea this summer