Harry Kane aspires to be the best, and he intends to do so by following in the footsteps of Cristiano Ronaldo and Lionel Messi.

It’s no easy task to match arguably two of the greatest players in history. Throughout their incredible careers, they have a combined total of 11 Ballon d’Or awards, 1,520 goals, 625 assists, and 71 trophies.

Given that Kane is 27 years old and has yet to win a trophy in his career, he’ll have to pull something special out of the bag if he wants to follow in the footsteps of Ronaldo and Messi.

However, the England captain is confident in his abilities, having scored 220 goals in 335 games for Spurs.

Kane said on Gary Neville’s YouTube show “The Overlap,” “I’ve still got so much more to give.”

“I can produce better numbers than I’m producing at the moment.”

“I’m not afraid to say, ‘I want to be the best’. I want to try and get on the level Ronaldo and Messi got to.”

“The pressure from myself is always bigger than anything anyone else can put on me.”

Harry Kane made these remarks as speculation about his Spurs future grew.

The two-time Premier League Golden Boot winner is considering leaving north London in the summer to join another club in the hopes of ending his long wait for a trophy.

He has been linked with moves to Chelsea, Manchester United, and Manchester City.

Will Juventus, led by Cristiano Ronaldo, qualify for the Champions League? 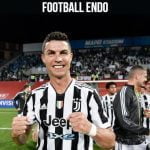 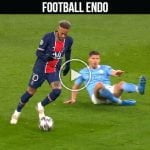