Inter is going head to head with Napoli starting on 21 Nov 2021 at 17:00 UTC at San Siro/Giuseppe Meazza stadium, Milan city, Italy. The match is a part of the Serie A.

Despite leading the league in goals scored, Inter coach Simone Inzaghi will be hoping for more from his strikers when they return to club duty this week. After scoring nine goals in five games between the international breaks in September and October, strike duo Edin Dzeko and Lautaro Martinez have only managed one in five league matches since.

Dzeko is replaced by Joaquin Correa at the top of a 3-5-2 for the hosts, who will also be without first-choice defender Stefan de Vrij due to a hamstring injury on Sunday. However, Alessandro Bastoni, who missed Italy’s goalless draw with Northern Ireland on Monday due to a muscle injury, will return to the starting lineup.

Denzel Dumfries will want to start ahead of Matteo Darmian on the right wing after helping the Netherlands qualify for the World Cup. Ivan Perisic is expected to start on the opposite flank.

Despite maintaining a strong defensive record in his absence, Napoli are delighted to welcome back Kalidou Koulibaly for the trip to Milan, following his ban last time out.

Optional backups Diego Demme and Adam Ounas are both anticipated to be out, while winger Matteo Politano has tested positive for COVID-19, so Hirving Lozano might take his position in the starting lineup.

Luciano Spalletti, on the other hand, has a fully fit squad to choose from, with Kostas Manolas and Kevin Malcuit returning from long layoffs. As a result, the visitors’ coach will name a 4-2-3-1 system, led up front by nine-goal leading scorer Victor Osimhen. 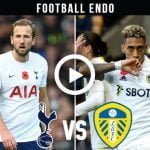 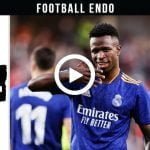