Ireland has made a late roster change, with Callum O’Dowda taking the place of James Collins, who has been ruled out due to injury, while Aaron Connolly has been left out.

After serving suspensions against Azerbaijan, Jayson Molumby and Alan Browne are both available, putting Daryl Horgan’s place in the XI in jeopardy.

Gavin Bazunu, a teen goalie who famously saved a Cristiano Ronaldo penalty during Ireland’s most recent match against Portugal, will be the final line of defence once more.

Meanwhile, due to injuries, Portugal’s Anthony Lopes, Rafa Silva, and Joao Mario will miss the November fixtures, but Jose Sa, an uncapped goalkeeper, will start.

Santos will have one eye on the weekend’s match against Serbia, but he should field his strongest XI here nevertheless, with Ronaldo joined by Diogo Jota and Joao Felix up front owing to Bernardo Silva’s muscle problem.

With Nuno Mendes due to serve a suspension, Joao Cancelo might return to left-back, giving Diogo Dalot a chance to start on the right side of the backline. 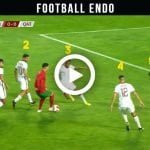 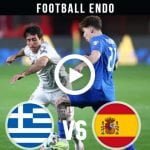