Since the introduction of Career Mode in FIFA, fans have been dissatisfied with the way EA Sports has handled that aspect of the game, and it now appears that FIFA 22 will include the best Career Mode update we’ve seen to date.

Create a Club is option is back on FIFA 22

The much-anticipated return of the “Create a Club” option in FIFA 22 will undoubtedly be one of the game’s most prominent features.

Gamers will be able to create their own team from the ground up and swap with any other team from any of the leagues in which they wish to compete. The swapped club will be moved to the “Rest of the World” section.

Fans can then customize their teams’ names, kits, and badges, as well as the stadium itself, with options such as grass type, seat color, net style, chants, walkout anthems, goal music, tifos, and more.

Another factor you can influence is your club’s board of directors’ objectives, which will help you set realistic managerial goals for yourself.

You can also start a career as a player, but the most significant addition to this feature is the ability to start a game as a substitute and make a difference from the bench.

On the career mode, there are some key updates in transfer negotiation videos, as well as some dressing room updates.

FIFA 22 will be released on October 1st this year. 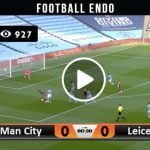 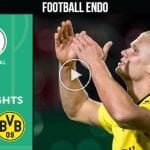