Ivory Coast is going head to head with Mozambique starting on 13 Nov 2021 at 19:00 UTC at Stade Felix Houphouet-Boigny stadium, Abidjan city, Ivory Coast. The match is a part of the World Cup Qual. CAF Group D.

Ivory Coast has picked a strong 25-man roster for their next matches against Mozambique and Cameron, which includes Eric Bailly, Pepe, and Maxwel Cornet from the Premier League.

Sebastien Haller, a former West Ham United attacker, has been in fine form for Ajax in the Eredivisie, scoring seven goals and adding three assists in 12 appearances, and the 27-year-old will be one to watch in this one.

Gervinho, a 34-year-old veteran attacker who ranks 10th in the country’s all-time appearance list, could make his 89th appearance for the Elephants.

Meanwhile, Goncalves could make significant changes at the attacking end of the ball after failing to win and scoring just once in their first four games.

However, we expect the Portuguese manager to stay with his 5-3-2 configuration from the previous match, with Lille defender Reinildo Isnard Mandava at the centre of the defence, covering goalkeeper Ernan. 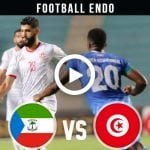 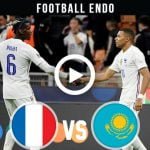