Ivory Coast will face Sierra Leone at the Stade omnisport de Douala stadium in Douala, Cameroon, on January 16, 2022 at 16:00 UTC. The match is part of Group E of the Africa Cup of Nations.

On Wednesday, the Ivory Coast scraped past Equatorial Guinea’s Nzalang Nacional in a 1-0 victory to get the tournament off to a good start.

The game was won in the fifth minute when Max Gradel scored a beautiful goal to give Patrice Beaumelle’s team all three points.

As a result, the Elephants are in first place in Group E, two points ahead of Algeria and Sierra Leone.

Sierra Leone upset all expectations by holding reigning champions Algeria to a goalless draw in their opening match on Tuesday.

Despite being under siege for the whole of the game, John Keister’s team maintained their ground to earn a remarkable victory in Douala.

The Leone stars have significantly improved their prospects of reaching the knockout rounds, but there is still work to be done in the final two matches.

Steven Caulker impressed on his Sierra Leone debut, and his country will need him to be at his best for this match.

In the Algeria draw, Mohamed Kamara avoided a late first-half injury scare and should be fine to play on Sunday.

Max Gradel, 34, has scored in two of his past three appearances for Ivory Coast and is a player to watch.

Last time out, Maxwel Cornet beat Wilfried Zaha to the left-hand side of the attack, but the Crystal Palace midfielder might return for this one. 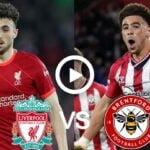 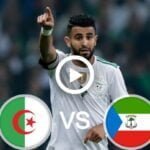