Juan Mata is set to become a free agent this summer, but the Red Devils have a 12-month option on his contract. Ole Gunnar Solskjaer has stated that he will continue to monitor the situation.

According to the current situation, a World Cup-winning midfielder who has been on the books at Old Trafford since January 2014 will be cleared to move on at the end of the season.

Mata has not featured as frequently as he would have liked this season, making just 16 appearances across all competitions, but if the Spaniard decides to stay, he may still have a place in Solskjaer’s plans.

In response to a question about Mata’s future ahead of Tuesday’s Premier League match against Fulham, Solskjaer said on the club’s website:

“I’ve kept the dialogue with Juan and we’re due to speak again very soon.”

“Of course, he’s not played as much as he’d like and that’s a decision that we’ll make with him. He’s in charge of his own future and he’s been such a good servant for the club.

“But of course, it’s hard, as I’ve said so many times, to leave good players out, good people out of the team.

“It’s about what does he want as his next step in his career? Is it [to] still play out his career here, or is it going somewhere else?

“We haven’t made a final decision yet.”

Mata has made 271 appearances for Manchester United, scoring 50 goals in the process.

Bernd Leno responds to reports that he wants to leave Arsenal 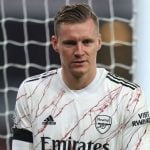 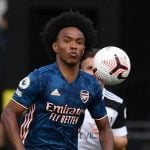 Willian and Leno’s Arsenal futures are discussed by Arteta.