Leicester City is going head to head with Legia Warszawa starting on 25 Nov 2021 at 20:00 UTC at King Power Stadium stadium, Leicester city, England. The match is a part of the UEFA Europa League, Group C.

Leicester City played against Legia Warszawa in 1 matches this season.

Brendan Rodgers will be without one of his midfield lynchpins once again ahead of a potentially vital meeting, as Youri Tielemans suffered a calf injury shortly before the international break and has now been ruled out until mid-December.

Ricardo Pereira, Leicester’s winger, is also a huge doubt after being left out of the squad last weekend due to a thigh injury sustained in training. Meanwhile, Wesley Fofana and James Justin are also out till the end of the season.

With a positive result required, James Maddison or Ayoze Perez could return to the starting lineup to provide attacking thrust, while Patson Daka has shown his credentials in the Europa League and will be competing for a starting spot alongside either Jamie Vardy or Kelechi Iheanacho.

Legia, on the other hand, may resort to the more conservative strategy that helped them defeat the Foxes in Warsaw, when three defensive midfielders started.

Josue, who frequently plays in a more advanced midfield role for Braga, will be unavailable for the visitors due to a suspension.

Former Leicester winger Bartosz Kapustka is still out with a knee injury received while celebrating a goal during Champions League qualifying, while veteran goalkeeper Artur Boruc is still recovering from a back ailment, so his deputy Cezary Miszta will take his position once more.

Mahir Emreli scored the winner the last time these two teams met, and he was on target again last weekend in a losing cause, so he should start up front in a likely 3-5-1-1 configuration. 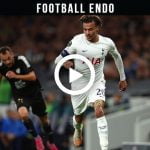