According to L’Equipe, Lionel Messi has reached an agreement with Paris Saint-Germain and will arrive in the French capital on Tuesday.

They had been waiting patiently in Catalonia while the player and his lawyers reviewed the proposal.

What has been said ?

Messi is set to join PSG. This time is different; the agreement is complete. Lionel Messi will play for PSG. His plane is scheduled to arrive in Paris at the start of the afternoon on Tuesday.

At the end of the day, he should pass the medical exam and then sign his two-year contract (plus one year as an option). On Wednesday, a press conference is scheduled at the Parc des Princes.

After failing to agree to new terms with Barcelona, the Argentine legend is set to sign a two-year contract with the Ligue 1 giants, with a 12-month extension option set to be signed at Parc des Princes.

PSG’s wait is over, according to Fabrizio Romano. Messi has ‘unconditionally accepted’ the club’s offer of a two-year contract that runs until 2023, with the option to extend his stay in France for another 12 months.

Lionel Messi will earn €35 million per season in net earnings, and he plans to travel to Paris soon for a medical and to finalize the free transfer.

During his farewell press conference in Barcelona on Sunday, the six-time Ballon d’Or winner admitted that PSG, as well as many other clubs, are options for him.

On a PSG move at the time, he said, “That is one possibility, to reach those heights.”

“I haven’t received any confirmation from anyone. I got a lot of calls, and a lot of clubs were interested. Nothing is closed at the moment, but we are talking about a lot of things.”

Video: Lukaku arrives at the airport ahead of his Chelsea transfer 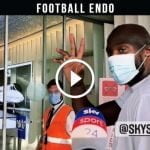 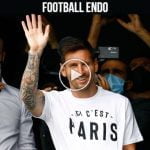 One comment on “Lionel Messi has come to an agreement with PSG, will earn €35 million”