Liverpool had a difficult season in 2020-21, with a slew of issues plaguing the club. The Reds did well to grind their way to third place in the Premier League despite long-term injuries and an unexpected loss of form.

Nonetheless, Liverpool manager Jurgen Klopp will need to invest in the transfer market if the club is to compete for major titles again. The Reds need to strengthen in a few other areas after completing a deal for young French defender Ibrahima Konate.

Although a new versatile forward should be considered, the most pressing need is in the centre of the field. Since his arrival at Anfield in 2016, Georginio Wijnaldum has been an ever-present in midfield, and his departure has left a huge gap in the midfield.

During his five years at Liverpool, Wijnaldum averaged 47 games per season. In the recently concluded season, he appeared in 51 games, including all 38 Premier League matches.

Tielemans is a versatile midfielder who can play in a variety of positions. He is mostly seen in central midfield for the Foxes, where he assists in game control. The Belgian’s ball-keeping ability is similar to that of Wijnaldum, making him an ideal match.

He, on the other hand, has a lot more to offer. Going forward, Youri Tielemans is also a threat. Liverpool could greatly benefit from his box-to-box abilities. The 24-year-old showed his worth in the FA Cup final against Chelsea, scoring a goal reminiscent of Steven Gerrard.

Due to Leicester’s fifth-place finish in the Premier League for the second season in a row, Tielemans may be tempted to play in the Champions League.

Pedro Goncalves of Sporting CP, another Portuguese midfielder capable of scoring goals, could be a tempting option for Liverpool. He’s a dynamic player who contributed significantly to his team’s league title triumph.

Liverpool and Manchester United were interested in Goncalves after he scored 23 goals and assisted three others. He’s even been referred to as the “next Bruno Fernandes.”

The 22-year-old has done a fantastic job at Sporting in replacing the Man United striker, and he may be a better goal threat than Fernandes. He appears to be an exciting player who would immediately add another dynamic goalscoring option to Liverpool’s lineup.

Neves is a versatile option who isn’t limited to Wijnaldum’s midfield role. Ljinders, a Liverpool assistant manager who coached the Wolves midfielder while at Porto, has praised Neves.

Wolves are reportedly willing to sell Ruben Neves for £35 million in order to raise funds for a squad rebuild, according to The Athletic. He’d be a great fit for Liverpool because he’s a great passer and a decent defender. Thanks to his long-range shooting ability, the 24-year-old also has a good eye for goal.

Houssem Aouar, another potential creative option for Liverpool, has been linked with a move away from Lyon for several years. Like Pedro Goncalves, the Frenchman may not be a perfect replacement for Georginio Wijnaldum. He can, however, play in a variety of positions.

Aouar has played in a variety of midfield positions, mostly in more advanced roles, as well as on the wing. Jurgen Klopp may appreciate his versatility.

The Lyon midfielder is on his way to becoming a global superstar, having already contributed significantly to his team’s run to the Champions League semi-final in 2020. Last August, Aouar shone in Lyon’s 3-1 win over Manchester City.

Nicolo Barella would be an excellent signing for Liverpool, even if he would not come cheap. The Italian is valued at £58.5 million, but his Inter Milan performances show that he is worth the money.

Barella’s dynamic displays in the middle of the park were instrumental in the Nerazzurri’s emphatic Serie A victory this season. Despite his achievements, however, the 24-year-old is unlikely to stay at Inter. Inter, according to Fabrizio Romano, must sell over £70 million worth of players this summer in order to balance their books.

Liverpool is one of the clubs interested in Barella. He’d be a fantastic option to have, thanks in large part to his technical prowess. 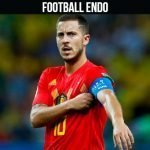 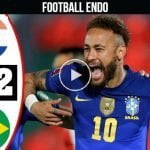