Liverpool is going head to head with Arsenal starting on 20 Nov 2021 at 17:30 UTC at Anfield stadium, Liverpool city, England. The match is a part of the Premier League.

Mane is anticipated to be healthy for Arsenal’s visit, while Robertson is also expected to play, although Henderson is a greater question mark and will be evaluated before kickoff.

Although Liverpool will be without at least six first-team players, Divock Origi suffered a dead leg for Belgium and could recover in time.

Mohamed Salah, the Premier League’s top scorer, is likely to return to the starting lineup, looking to add to his spectacular record of seven goals and two assists in nine Premier League encounters with Arsenal.

The news that Thomas Partey should be fit for selection has given Arsenal a big boost, with the midfielder set to return to the starting lineup right away.

Granit Xhaka and Sead Kolasinac are the two players absent for Arteta this weekend. Folarin Balogun is also available.

The Spaniard is unlikely to make many changes to his starting lineup from the win over Watford last time out, which means Alexandre Lacazette and Pierre-Emerick Aubameyang will start again, while Nicolas Pepe, Bernd Leno, Martin Odegaard, and Gabriel Martinelli will likely have to make do with a bench spot.

After being an unused sub the last time out, Kierney will be hoping to reclaim his starting berth. 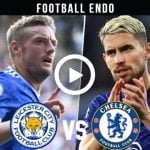 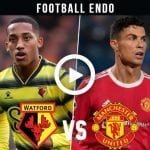