Liverpool is going head to head with Atlético Madrid starting on 3 Nov 2021 at 20:00 UTC at Anfield stadium, Liverpool city, England. The match is a part of the UEFA Champions League, Group B.

Naby Keita, the unlucky Liverpool midfielder, returned from injury in time to play against Brighton, but he only lasted 19 minutes before being taken off with a hamstring problem.

Along with James Milner and Harvey Elliott, the Guinea international is almost certain to miss out, and it’s unclear whether Fabinho and Thiago Alcantara will be cleared to start as Klopp continues to deal with an injury crisis in midfield.

As a result, Alex Oxlade-Chamberlain might start alongside Henderson and Curtis Jones this week, as Jota aims to unseat Roberto Firmino at the attacking end.

Griezmann joins Stefan Savic on the naughty step for this match, despite the fact that Wednesday’s encounter is the latter’s penultimate game of a lengthy European suspension.

Llorente, a 2020 Anfield hero, is unlikely to be fit for this match, while Simeone has ruled out Thomas Lemar and Geoffrey Kondogbia is still out with a concussion.

If Kondogbia is unable to play as an emergency centre-back, Felipe should join Jose Gimenez and Hermoso in the back three, while Angel Correa, Felix, and Luis Suarez should all play up top in Griezmann’s absence. 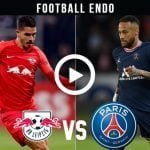